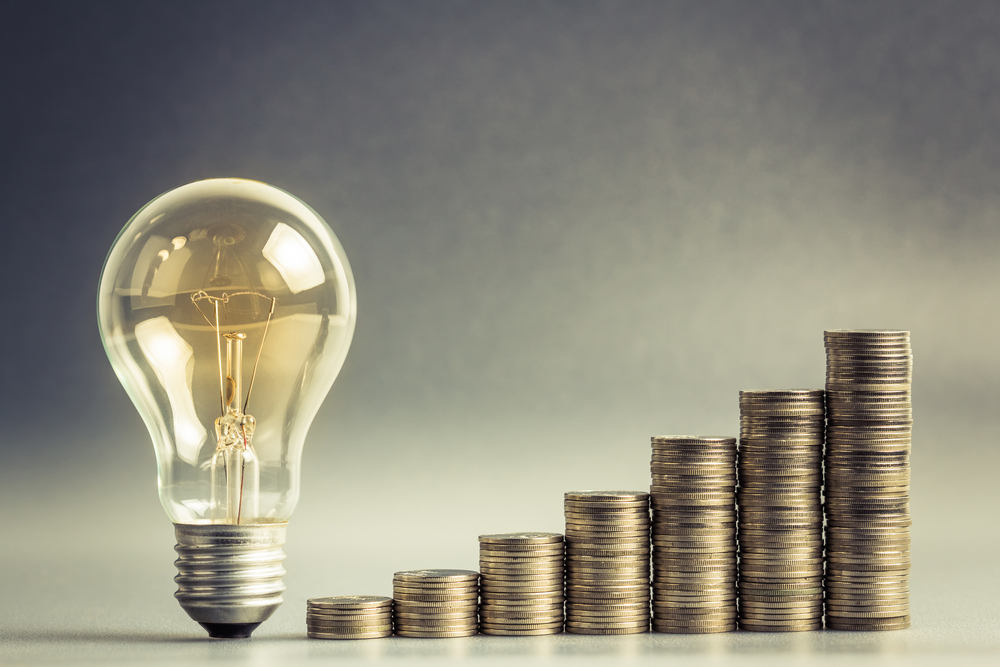 Have you ever heard the expression, “What’s the smart money doing?”
“Smart money” is an expression that often refers to experts and suggests that well-informed people have a better perspective on current events and what actions to take. However, there’s little evidence to suggest that “smart money” performs any better.

Still, some “experts” can be confident enough to take action based on their beliefs or opinion. The table below shows what the smart money zeitgeist thinks the Federal Reserve will do during its upcoming meetings on interest rates.

As a reminder, the current target Federal Funds rate is 2.25% to 2.5%. At this point, smart money appears to favor a 0.5% increase over a 0.75% bump at the September 21 meeting. But remember, these percentages can change as quickly as the fluctuating economy. 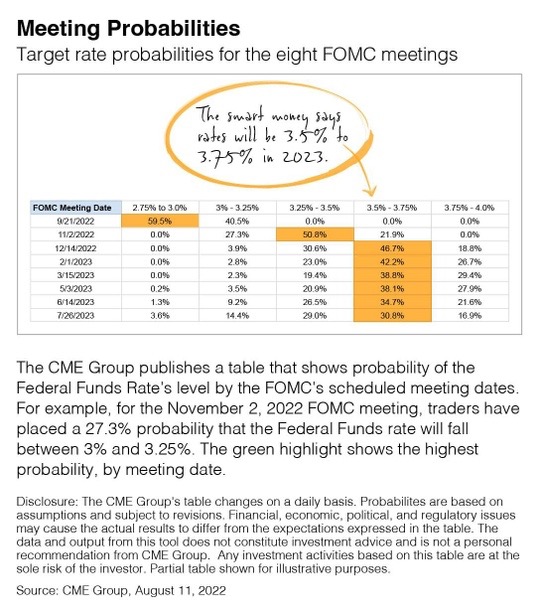 The Meeting Probabilities table is one of many data points I look at when considering what’s next for markets. But for you, the smartest move is to make sure you’re on track with the investment goals we’ve already outlined.